The Cold War Lives on Under I-5 in Green Lake

If you had a time portal at a particular door on Weedin Place near the I-5 bridge, be especially careful how you set the dial.

If it’s the mid ’60s-late ’70s: Walk through this door and get in line – it’s time to get your driver’s license renewed. 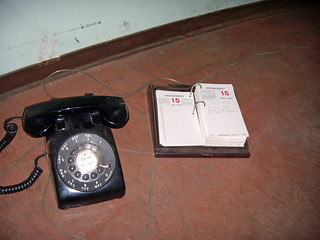 If it’s 1963: If there are other people going for the door, run for your life and push through. There’s been a nuclear attack, there are only spots for 200 in this fallout shelter.

This shelter is a living memento of the collective hysteria which gripped and obsessed the nation during the Cold War. 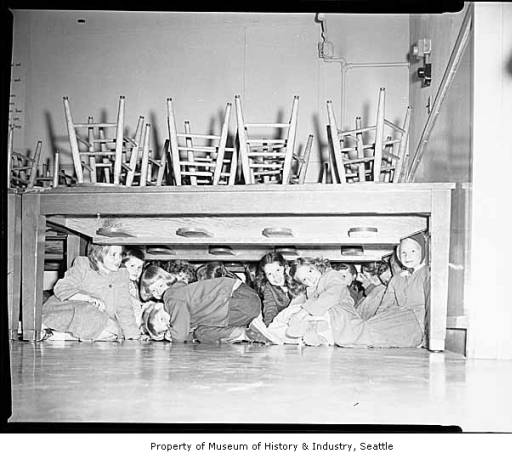 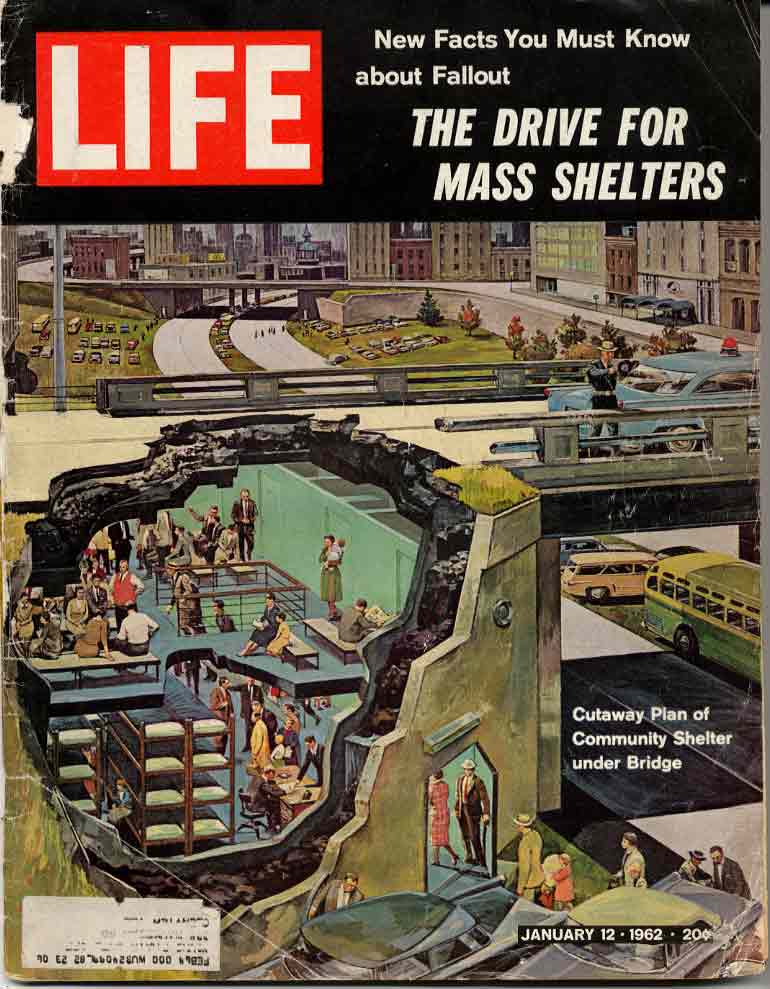 Craig Holstine, a WSDOT historian has written a thorough history of the shelter. School children had regular “duck and cover” bomb drills, and homeowners who could scrape together $2500 – half a year’s median income in 1961 – built underground bomb shelters. This shelter, under what is now I-5 between 68th and 69th Streets on Weedin Pl., was approved in 1960 and began construction in 1962 one month after the Cuban Missile Crisis. It was meant to be one of many highway shelters around the country but seems to be the one and only. Designed by Andersen Bjornstad Kane Engineers, it was planned to house 200 people with food and water for two weeks, but that number was expanded to 300 in the public dedication ceremony in 1963.

According to the shelter’s “Utilization Plan,” ….”Since no specific segment of the population has been assigned to this facility, entry will not be denied to anyone until such time as the maximum occupancy has been reached.” Shelter occupants would be permitted to bring in only items that “would increase shelter habitability,” as well as medicines and “special health foods.” “General purpose items will be turned into general supply for possible later re-issue for the good of all. Animals and pets will not be permitted into the shelter for obvious health reasons.” “When the maximum occupancy of the shelter has been reached, …the manager will cause the doors to be closed and locked. Any persons remaining outside the shelter will be directed to proceed to the next nearest public shelter.” No other public shelter is known to have existed in the vicinity, however.

Lifeboat Ethics
Reading between the lines, a “manager” is supposed to close the door and refuse anyone after reaching 200. It does not say who is the manager, and whether he/she will be armed. At the time “lifeboat ethics” were hotly debated. Who gets to be “manager”? Is it worth defending the door at gunpoint? After all, an extra mouth to feed shortens the others’  lives.  Holstine says some architectural firms refused to build such civil defense projects for this reason. The dedication ceremony was met with protests from Seattle Women Act for Peace giving out flyers “attacking the shelter,” Holstine quotes the Seattle P-I as saying. 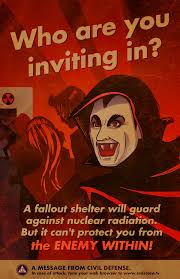 Each of the 200 people had approximately the personal space of a yoga mat. Doorways are 28 inches across. It is reportedly cool in summer and freezing in winter.  It was fitted with his-and hers decontamination showers, emergency generators and filters to “scrub” raidioactive dust.

At slightly above street-level, the shelter’s main entrance is a sliding, heavy metal grate accessing an underground concrete hallway leading to the facility’s inner sanctum. The hallway’s “L”-shape mimics standard shelter entries’ right-angle turns designed to prevent gamma rays from reaching the structure’s interior. Along the hallway is a utility/maintenance room, containing a diesel-powered electric generator; an air circulation system that includes electric heating and air conditioning units; a well, pump and pressure tank; and piping connecting the facility to the city water and sewer systems. (Although the design called for a 2,375 gallon emergency water supply tank, that was apparently never installed.) The shelter is equipped with decontamination showers and toilets (two for women, one for men plus a urinal), situated conveniently off the entrance hallway. On the far end of the cramped restrooms, a four-foot diameter, precast concrete culvert exits from a small hallway to its aluminum gate-covered portal off the sidewalk a few feet from the main entrance. Labeled an “escape tunnel” on shelter plans, the burrow-like feature, with its requisite 90-degree gamma-ray turn, was installed to meet code requirements for emergency egress from public buildings.

For more information and pictures, see: